Jackie Walker is a black, Jewish member of Jeremy Corbyn‘s Labour Party and a former vice chair of Momentum. Outrageously, she has been threatened with expulsion from the party because of alleged anti-semitism (in reality, arguing that Palestinians in Israel deserve equal rights). The unfounded allegations are part of a right-wing attack on Corbyn and on the Palestine solidarity movement.

At the beginning of February, Jackie will be in Berlin to speak at the “Age of the slanderers” conference (http://projektkritischeaufklaerung.de/en/organisational-matters/) and to perform her play “The Lynching” which is based on her experiences (https://www.youtube.com/watch?v=Ah7xIEhPdLQ).

We are delighted to announce that Jackie will also be available to answer questions at a Stammtisch organised by Die LINKE Berlin Internationals group. The Stammtisch will take place on Friday, 9 February at 7.30pm in Café Plume, Warthestraße 60, between U-Bahn stations Hermannstraße and Leinestraße (http://www.cafeplume.de/).

After a short introduction, Jackie will be answering questions about the Corbyn effect, the fight against all forms of racism and Palestinian rights after the imprisonment of 16-year old Ahed Tamimi. Anyone who is interested in the new left in Britain and the fight against censorship is warmly invited to take part. 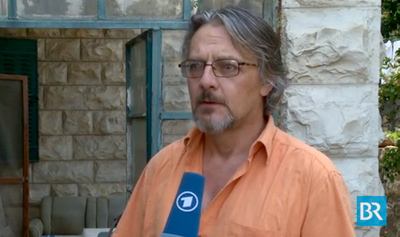