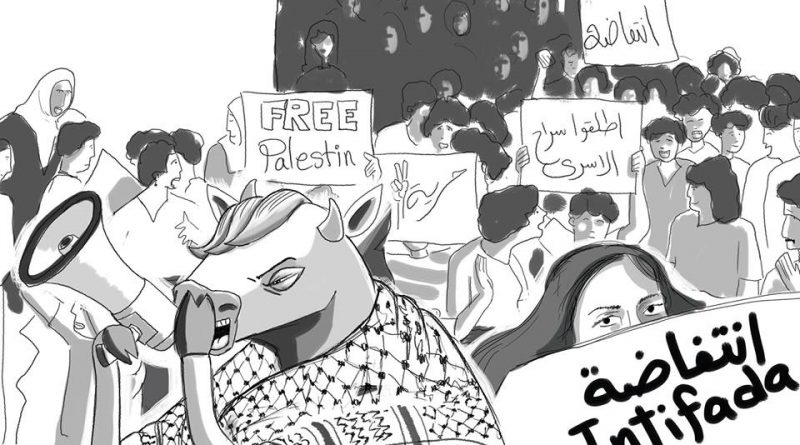 Presented by: Wish You Were Here – AFAC MUSIC and FILM Summer Festival

Synopsis:
For most of the world, the Palestinian First Intifada (1987-1993) is a forgotten political event, that preceded the signing of the Oslo Agreements. The civilian unarmed insurgency that swept through the Occupied Territories, included protests, widespread refusal to pay taxes to the Israeli army, civil disobedience, and the creation of an alternative economy as a stepping stone for self-sufficiency and sovereignty.
In the town of Beit Sahur a group of men and women decide to buy cows, eighteen exactly, to produce their own milk as a cooperative. Their venture is so successful that the farm becomes a landmark and the cows, local celebrities… until the Israeli army takes note declares the cows as a ‘threat to the national security of the state of Israel’. The dairy venture is forced to operate in the underground and the cows have to go into hiding.
The Wanted 18 revisits that compelling chapter in the recent history of Palestine, from the perspective of the cows and the activists, using stop-motion animation, drawings, archival footage and interviews, the outcome is an enchanting reflection on the ingenuity and power of grassroots activism, that underlines the wisdom that violence is a failure of the imagination.

German court ruled in favour of scholar Dr. Anna Younes in digital surveillance case, where personal data on Dr. Younes was collected by German state-funded org to carry out a smear campaign against her.

Demos bans, searching, beatings & arrests of Palestinians in Berlin streets. This is what happened this weekend. #NakbaDay
🚨We sent an urgent letter to UN special Rapporteurs on racism, on freedom of expression, and on freedom of peaceful assembly.
👇🏽https://bit.ly/BerlinbanSR 1/6