Palestine and Israel – 50 years of occupation:
What ways forward for nonviolent Palestinian and Israeli resistance?

In 2017, the occupation of the Palestinian West Bank including East Jerusalem and the Gaza Strip by Israel will complete its 50th year. While at this point chances to end the occupation and lift the blockade on Gaza anytime soon look grim, activists on the ground continue their nonviolent struggle for justice and human rights.

While change can likely only be initiated by those affected, but active support from actors abroad is more needed than ever. We would therefore like to cordially invite you to discuss the potential for nonviolent Palestinian and Israeli resistance as well as opportunities for external support.

Youth Against Settlements and the Combatants for Peace, as actors on the ground, will present their personal stories and achievements as well as the challenges their organizations are facing.

.Youth Against Settlements is a nonviolent Palestinian activist group opposing illegal settlement activity in the area of Hebron, striving for an end of occupation and the implementation of human rights.
.Combatants for Peace unites Palestinian and Israeli ex-combatants in regional partnerships, advocating an end to war and occupation and for the acknowledgement of Palestinian rights.

Guiding questions for the event include:
. What are urgent challenges to resistance on the ground?
. How can external actors support local initiatives for justice and human rights?
. How to bring Palestine and Israel back on the agenda of public discourse in Germany?

This event will be held in English only and no simultaneous translation will be provided. Questions from the audience, however, can be asked in German and will be translated. There is plenty of space, but in case the venue get’s too crowded, it’s first-come-first-serve. We do not charge any admission fee, donations are welcome.

About Alsharq:
Alsharq e.V. is an independent platform for journalism and education on the Middle East and North Africa based in Germany. Run by young journalists and academics, Alsharq comprises the blog alsharq.de, offers seminars and speaking events as well as political study trips to various countries of the region. The non-profit is funded exclusively by private contributions through a support-circle. To support Alsharq: http://www.alsharq.de/verein/mitglied-werden/ 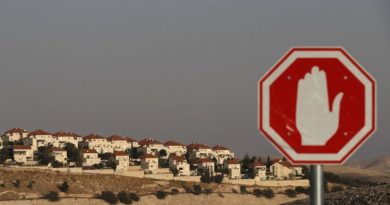 Today we remember Tom Hurndall, British journalism student and photographer, who lost his life on January 13, 2004, trying to rescue Palestinian children from Israeli sniper bullets.
He had been in a coma for 9 months after being shot by an Israeli sniper on April 11, 2003.

"We, the family of Palestinian-Egyptian rights activist Ramy Shaath, are relieved and overjoyed to announce that Ramy is free after over 900 days of arbitrary detention and forced separation."