If you believe what you read in much of the media, the Israel/Palestine conflict is a fight between two irrational sets of religious fanatics. Little wonder that many on the left see no partners in the region.

Toufic Haddad is a left-wing Palestinian from Jerusalem. Peleg Bar Sapir is a member of the Israeli-Palestinian Hadash party. On 28 June they will tell us about the state of the Left in Palestine and Israel.

As the Netanjahu government moves to the right, which forces in the Middle East are fighting for equal rights? Who are our partners in the struggle for a more just society? Which organisations already exist and deserve our support? Which still need to be built? What can we do in Europe to offer solidarity? 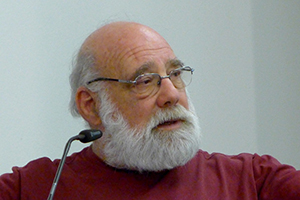