It’s 1987, the year of the 1st Intifada and one of the most important moments of the Palestinian popular movements against the Israeli occupation. Palestinian residents want local alternative to Israeli goods, including milk, which they have been buying from Israeli companies. A small village in West Bank buys and smuggles 18 cows protest harsh economic restrictions of the occupation. Soon enough, these cows are labelled “security threats,” launching a game of cat-and-mouse across the West Bank.
The (partially) animated film portrays one of the strangest chapters in the history of the Israeli-Palestinian conflict. 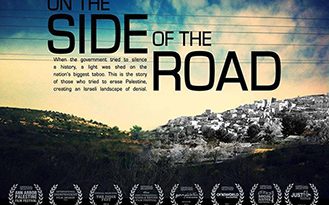