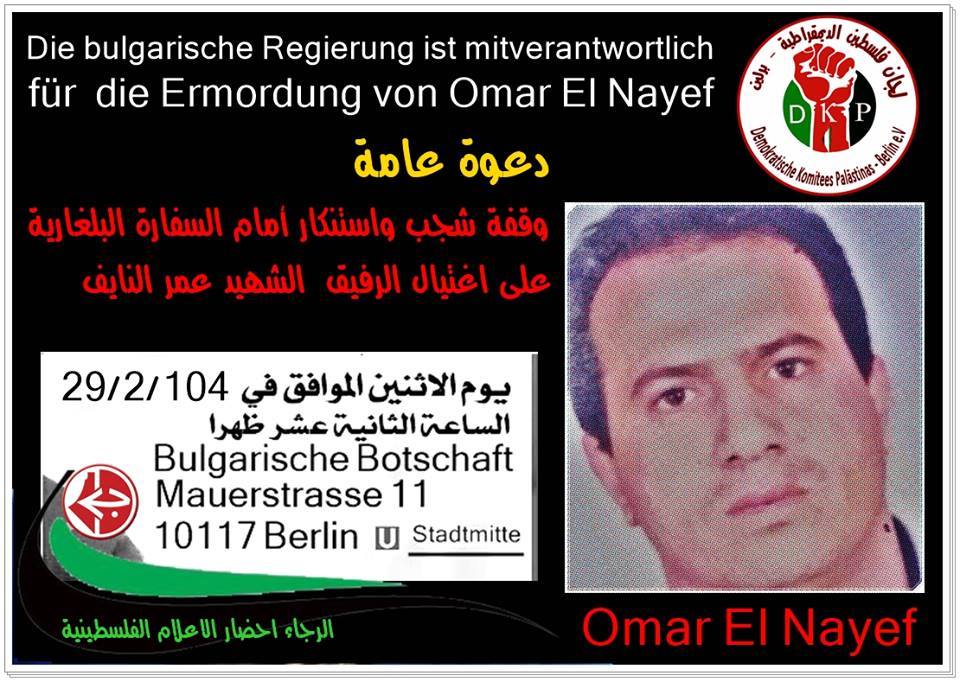 The Democratic Palestine Committees of Berlin will protest on Monday, 29 February outside the Bulgarian Embassy to Germany, demanding justice and accountability in the death of Omar Nayef Zayed in the Palestinian embassy in Sofia, Bulgaria. Nayef Zayed had taken refuge in the embassy after the Israeli state demanded his extradition from Bulgaria after 22 years of living there in December 2015 and was found dead in the morning of 26 February.