We call upon all women and people of conscience seeking justice in the Middle East to boycott the “International Canaan Conference: Trialogue with Israel & Palestine”[1].

The conference organizers state: “The conference is not a platform to discuss questions about guilt, controversial political decisions and weighing degrees of trauma between the people of the conflict regions. The conference has to be considered as a possibility to develop specific strategies to improve the living conditions of the people and to bring the different cultures together by building trust.”[2]

The Canaan Conference reproduces the false symmetry between Palestinians and Israelis as equal sides to the “conflict” and ignores the realities of occupation, colonisation and state-violence. It also fails to explicitly recognize the basic rights of the Palestinian people under international law, and is therefore boycottable according to PACBI guidelines.

The Canaan Conference blatantly violates the guidelines for cooperation among Israelis and Palestinians as set by PACBI.[3] These guidelines are endorsed by a broad coalition of Palestinian civil society organisations and respected by prominent international public figures world-wide.

The guidelines welcome cooperation that “recognizes the basic rights of the oppressed under international law and involves a common struggle against oppression” so that “the event is one of “co-resistance” rather than co-existence”.

PACBI guidelines state clearly that “projects […] involving Palestinians and/or other Arabs on one side and Israelis on the other (whether bi- or multi- lateral) that are based on the false premise of symmetry/parity between the oppressors and the oppressed or that assume that both colonisers and colonised are equally responsible for the “conflict” are intellectually dishonest and morally reprehensible forms of normalisation that ought to be boycotted”.

We refuse to partake in “peace” initiatives that ignore the political reality and the concrete violence and human rights violations on the ground, including mass-killings of men, women and children.

We welcome initiatives in Germany and Europe that respect us and begin by learning from us rather than facilitating us.

We welcome initiatives grounded in principles of feminist solidarity and non-patronising approach.

We welcome initiatives that respect the Palestinian Call for Boycott, Divestment and Sanctions on Israel until Israel complies with International Law and Universal Principles of Human Rights[4]. 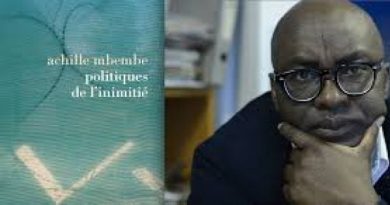