The film deals with the Palestinian struggle in Gaza, before it was ruined again and again and again, to grow strawberries in their fields under Israels brutal oppression. The film was shot during 2005-2006 in Beit Lahyia in the north of Gaza strip, which was completely destroyed in the current War in Gaza.

You can watch the trailer here:

The film is on Arabic with English subtitles.

After the screening there will be a discussion with Osnat Trabelsi , the Producer of the film. The talk will be moderated by Iris Hefets . 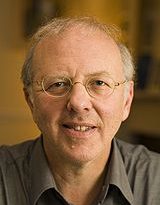