On Friday night, Tarek Loubani, a Canadian emergency physician and John Greyson, a Canadian filmmaker and professor were arrested by Egyptian authorities. Tarek and John were on their way to Gaza — where Tarek was to work at Al Shifa Hospital, and John to explore the possibility of making a film about the work.

Days later, Tarek and John are still being held in Cairo’s Tora prison.Egyptian officials have given no clear reason for their arrest. In fact, a press release today by a Cairo district prosecution states that 9 foreigners, including John and Tarek, will be detained for 15 days, pending investigations. Egypt is going through a turbulent time, and after hundreds were killed in violent clashes last week, foreigners, particularly journalists are being targeted. We need to get our friends out of there.

On Sunday, the Ministry of Foreign Affairs called on Egyptian authorities to “release all evidence” against Tarek and John, but we believe it will take ongoing public outcry in order to force the Canadian and Egyptian Governments to find a resolution and secure their freedom.

Family and friends are worried sick about their safety. Pressure from the Canadian government is our best hope. We must pressure our government to demand their freedom and pressure the Egyptian authorities to let them go.

Here’s how you can help:

1. Please sign the petition below. An automatic email will be sent to Prime Minister Harper, Minister of Foreign Affairs John Baird and the Egyptian Embassy in Ottawa.
2. Please phone and email your MP by searching your postal code here. We strongly encourage you to include a personal message, especially if you know Tarek or John personally or professionally.
3. If you’re on Twitter, please use the hashtag #FreeTarekandJohn and tweet your elected officials.
4. Join this Facebook group or check out http://tarekandjohn.com for updates on their whereabouts and how you can help.
5. Please help us flood the phonelines for the Egyptian embassy in Ottawa, the Egyptian consulate in Montreal as well as John Baird and Stephen Harper.
6. For media inquiries, please contact Justin Podur at 416-407-7795 or justin@podur.org

For our US friends: Egyptian Embassy in the US: embassy@egyptembassy.net

**Update: Canadian officials have made contact with Tarek and John although it is still unknown why they are being detained. Read a statement from the families here: http://podur.org/node/1023 ** 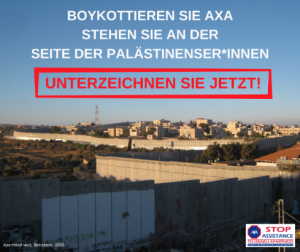