We are people from all around the world. We’re deeply shocked to hear that a celebrity of your magnitude is slated to perform in Israel for the second time, despite calls for boycott against the apartheid state. A performance in Israel today, is akin to a performance in apartheid South Africa.

There is ample documentation of how Israel holds almost 4 million Palestinians under a brutal military occupation, while approximately 7 million Palestinian refugees and their descendants are denied their right to return home. Another 1.4 million, while designated citizens of Israel by the state, are treated as second class citizens, in a discriminatory system and social status reminiscent of the USA in the 1950’s.

We want to place special emphasis on Palestinian children, as we know you are specifically aware of the need to empower and protect children, in a dangerous world such as ours. Only this past month, 2 UNICEF reports came out, documenting that on average, 700 Palestinian children a year will be arrested by Israel’s army. That these children are tortured and used as human shields by the army, on a regular basis.

It’s also important to stress that Israel uses international artists to produce a glitzy image for itself, when it is in fact a colonial military regime. As such, unfortunately, your role in the local political arena becomes that of diverting attention from its war crimes and human rights Violations.

We ask you to please look into the companies producing and promoting your concert in Israel, as they have governmental and institutional ties, and some of them promote companies that profit off of the military control of the Palestinian population, while others are outwardly racist.

Rihanna, Please don’t make the same mistake twice. It is each and every one of our responsibility NOT to participate in, or collaborate with institutions and corporations that commit human rights violations. Please cancel your concert in Israel, until such a time comes, when it stops violation of Palestinian human rights. 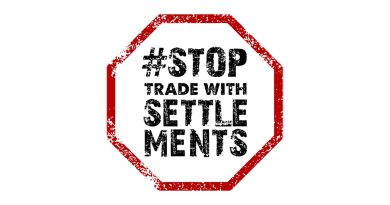